The LG G Flex was nothing if not bold; a curved smartphone with Wolverine-like healing properties. 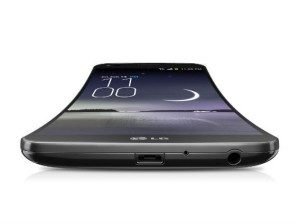 Now LG looks set to double down on its experiment, with the LG G Flex 2 set to make an appearance early next year.

According to Android Authority‘s “unnamed sources”, the second-generation curved smartphone is set to be shown off in all its glory at CES 2015; the show starts on 6 January.

Details about the G Flex 2 are thin on the ground at present; all we know is that the new device will be a “major upgrade” and will feature a high resolution plastic-based OLED screen in a smaller body than its predecessor. The G Flex’s self-healing coating will also reportedly make a comeback on its successor, in an improved form. There also won’t be any bendgate problem with it – the device is said to be flexible enough without sustaining any damage.

We’re just about a month away from CES 2015, so you won’t have to wait too long before you find out more about this flexible friend. Will LG stay ahead of the curve? You’ll just have to wait until CES to find out. As always, Stuff will be keeping tabs on the event, reporting all the latest news.