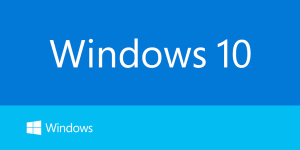 If you’re technically-minded and happen to have a spare PC whose fate you are willing to leave in the hands of Microsoft then odds are that you’re using the Windows 10 Technical Preview already. You might also be doing more than the usual amount of updating and troubleshooting – it’s like using Windows ME again. Okay, perhaps not that bad.

Read More: Things We Love And Hate About Windows 10 (So Far)

But there’s hope for the rest of us and it might be arriving in January next year, according to reports. Microsoft is said to have something to say about a Consumer Preview of their brand-new operating system happening in late Jan 2015, according to sources that have spoken to The Verge.

A Consumer Preview release might not be on the cards but Microsoft is almost certainly going to detail what users who want to trial the new, more stable, version of the OS can expect when it does land, though if they make it available then as well we won’t be complaining.

Touch features as well as cross-platform functions are supposedly going to be items of discussion and Microsoft is also expected to provide updates concerning Windows Phone and the Xbox One dashboard interface. We’ll keep you posted.