You are at:Home»Uncategorised»Jolla Tablet reaches crowdfunding goal in two hours

Jolla – the start-up company founded by ex-Nokia employees – has received more almost triple its intended crowdfunding goal of $380,000 on Indiegogo for its new tablet. 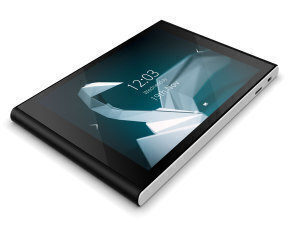 The announcement of the aptly named Jolla Tablet comes just days after Nokia introduced its own first Android tablet, the N1, and those with a keen eye will spot that the Jolla device looks rather similar to its distant Finnish cousin.

The pair share a fair bit of internal DNA too: both have 7.9in screens with 2048 x 1536 resolution, quad-core Intel processors with 2GB of RAM and 32GB of onboard storage. Crucially though, Jolla has included a microSD memory card port.

The Jolla Tablet will run on the Sailfish OS, first seen on the Jolla Smartphone. It’s an open-source OS and Jolla claims it won’t sell or share your data with third parties. Sailfish can be controlled with a variety of hand gestures, meaning you don’t have to get your sticky fingers all over the screen.

Multitasking will also feature prominently on the Tablet, with Jolla claiming it will have “the best multitasking on pretty much any device that’s available in the world.” Confident, then.

Loyal Android users will be pleased to know that Sailfish can run Android apps, as well as its own native ones.

The first batches of Jolla Tablets have sold out, but you can pre-order one on Indiegogo for $210 (R2,300 at today’s exchange rates), with an estimated delivery date of May 2015.