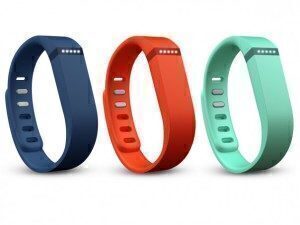 Fitbit revealed their updated lineup late last month, giving us a peek at what was due to be arriving in late November overseas as well as early next year. The Fitbit Charge, Charge HR, and Fitbit Surge are all expected to hit the market soon, with the Caller ID-toting Charge arriving first followed by the rest at an unspecified time next year.

And, wonder of wonders, South Africa is going to be matching pace with the rest of the world, a trend that we really hope continues as we’re getting a bit too chummy with Customs lately. The Charge has a launch date in SA of 17 November (that’s next week) and it’ll set you back around R1,900.

The Charge HR, which features heart-rate tracking, and the Surge, Fitbit’s new GPS/heart-rate/smartwatch, will both be landing in SA but at the same time as the rest of the world – that is, in 2015 with no pricing being available in SA yet.

Core Group’s Fitbit brand manager Nikki Friedman said “With the addition of these new products, Fitbit offers the widest variety of trackers at affordable prices across all mobile platforms ensuring that everyone can find the right fit for their lifestyle and their goals.”

It’s nice to be on par with the rest of the planet.