Virgin Mobile South Africa, the mobile virtual network operator (MVNO) that piggybacks on Cell C’s infrastructure, has had a hard time winning the hearts, minds and cash money of South African consumers since it launched in 2006. Now the company is trying to win market share by offering its customers free minutes for calls to other Virgin Mobile users in an age where most people are eschewing calls for instant messaging. 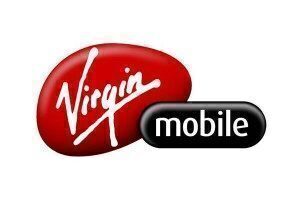 Operators’ financial results remove any doubt that consumers are making fewer and fewer voice calls. Meanwhile, many people don’t want to have to know what network the person they’re calling uses to benefit from reduced rates or free minutes. All of which makes Virgin Mobile’s new V2V offer – where prepaid and contract users will get free minutes to use on calls to other Virgin Mobile users – somewhat baffling.

Virgin Mobile’s move is by no means revolutionary. Most operators have offers that include so-called “on-net minutes” for calls to other users of the same network, and while these have proven popular at the low end of the market and can offer great value for subscribers to South Africa’s two largest networks MTN and Vodacom (because of the number of consumers using one or other of those networks), they’re a tough sell for smaller networks.

Obviously, Virgin Mobile hopes existing and prospective customers will encourage their friends and family to move to the network to take advantage of the free minutes on offer, but Telkom Mobile has already attempted a similar thing with limited success. Getting users to move networks tends to be easier when the hook is cheaper calls to all networks rather than only calls to the same one.

It was cheaper across-the-board pricing that saw Cell C grow its market share, with many of its gains coming from MTN prepaid users after MTN was slow to respond with its own price cuts. However, Cell C’s initial momentum has since slowed on the back of widespread consumer complaints about network coverage and call quality. Given Virgin Mobile relies on Cell C to provide its services, this isn’t going to help the company’s cause.

Also, consumers are notoriously reluctant to go to the effort of porting – the process of changing networks while keeping their number – despite operators having made it easier to do so, and the porting process makes it more difficult for consumers to tell which network other users actually use.

Virgin is offering V2V minutes roughly in line with the value of airtime purchased or the monthly cost of a contact in the case of postpaid users. For example, prepaid vouchers between the value of R35 and R49 include 35 V2V minutes, buy between R120 and R179 in airtime and you’ll receive 120 V2V minutes.

Anton Landman, Virgin Mobile SA’s CEO says the company wants to grow its user base to a million subscribers within three years and that incentives like the V2V initiative are “just one of the ways we intend achieving this”. We’re looking forward to seeing what the other ones are.

The V2V promotion will run until the end of January – another potential pitfall –for prepaid users, but those taking new contracts from Virgin Mobile will reap the benefits of the free on-net allowance for the entire contract duration.