Samsung just won’t stop with the phones. Despite the company’s dismal financial performance over the past year and a vow to streamline its future smartphone offerings, the release schedule shows no signs of slowing do–– oh look, here are a couple of new Galaxy models! 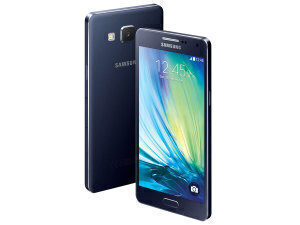 The Samsung Galaxy A5 and A3 are mid-range smartphones with premium design – slim, full-metal unibodies – and according to their makers they are “optimised for social networking”.

With the A3 and A5 6.9mm and 6.7mm thick respectively, they’re also being billed as Samsung’s slimmest smartphones to date – although the Samsung Galaxy Alpha is 6.7mm thick, so that’s not strictly true.

Samsung has yet to confirm an international release date or price for the Galaxy A3 and A5, but the phone will be available in China from November and other markets soon after.