Chinese hardware manufacturer Lenovo has completed its acquisition of Motorola Mobility, the mobile device manufacturer online search and advertising giant Google acquired in 2012 for $12.4 billion. The deal is valued at an estimated $2.91 billion and bumps rival mobile phone manufacturer Xiaomi to fourth position in terms of largest smartphone makers globally. 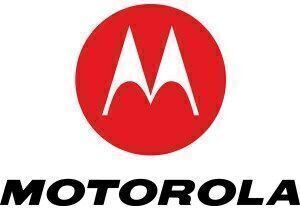 In addition to taking over the Motorola brand, Lenovo has also taken over Motorola’s portfolio of smartphones like including the Moto X, G and E and its Droid series and all future devices on Motorola’s product roadmap.

Lenovo says it will operate Motorola as a wholly-owned subsidiary and the company’s will remain headquartered in Chicago. The deal means Lenovo has gained almost 3 500 employees around the world, 2 800 of them based in the US.

“Today we achieved a historic milestone for Lenovo and for Motorola – and together we are ready to compete, grow and win in the global smartphone market. By building a strong number three and a credible challenger to the top two in smartphones, we will give the market something it has needed: choice, competition and a new spark of innovation,” says Lenovo chairman and CEO, Yang Yuanqing.

“This partnership has always been a perfect fit.  Lenovo has a clear strategy, great global scale, and proven operational excellence.  Motorola brings a strong presence in the US and other mature markets, great carrier relationships, an iconic brand, a strong IP portfolio and an incredibly talented team.  This is a winning combination.”

Liu Jun, Lenovo’s executive vice president and president of its Mobile Business Group is buoyant about the company’s prospects in the wake of the acquisition. “With the complementary strengths of our two companies, we expect to sell more than 100 million mobile devices this year – including smartphones and tablets – by leveraging the Lenovo brand’s leading market position in China, our shared momentum in emerging markets, and Motorola’s strong foothold in mature markets like the US,” he says. 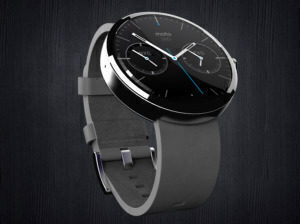 While Motorola hasn’t enjoyed great success with its handsets in recent years its Moto 360 has performed well in the emerging – and ultra-competitive – smartwatch sector.

Lenovo says it expects to make the Motorola business profitable in four to six quarters.

Interestingly, Google will maintain ownership of a majority of the Motorola Mobility patent portfolio it picked up when it bought the company in 2012. Nonethless, Motorola will retain over 2 000 patents a “large number of patent cross-license agreements” and its trademark portfolio.

Google CEO Larry Page is upbeat about the deal too and says “Motorola is in great hands with Lenovo, a company that’s all-in on making great devices”. That’s no surprise given Google failed to make much of Motorola during the 18 month it owned it. Page will doubtless be glad to bid it’s devices division farewell, even though his company is hanging onto a large amount of the IP it originally bought with it.