One of the challenges of console gaming is the fact that once in a while someone else in your house might want to use the television for something other than, well, you know, gaming. Sony’s recently released range of handsets and tablets solves the problem by letting you use a Z3 phone or tablet as the display, attaching it to a PS4 controller and continuing to play. 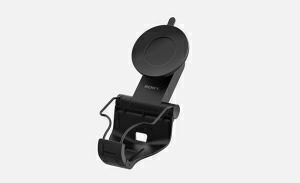 The Z3 series of devices – which includes the Xperia Z3, Xperia Z3 Compact and Xperia Z3 Tablet Compact – was introduced at IFA in Berlin earlier this year where the Remote Play feature was announced alongside it but without confirmation of when it would actually come to market. Now the app and a range of complementary hardware are available in South Africa.

Users will need a home Wi-Fi network to enjoy the Remote Play functionality, and the feature only works when both the PS4 and the mobile device are connected to the same network, so you’re not going to be playing cheeky games at the office using a remote connection.

To use the functionality consumers with any compatible Xperia Z3 device or a PlayStation Vita need to download the PS4 Remote Play application. Sony’s also introduced a new DualShock 4 Wireless Controller specifically for use with the app. 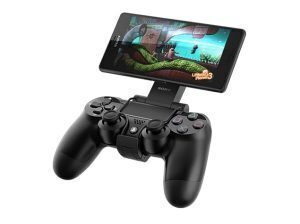 To support the new feature a range of accessories have been added to Sony’s line-up, too, including the GCM10 Game Control Mount accessory that attaches to a PS4 controller and holds the tablet or handset in place using suction cups and the BSC10 Bluetooth Speaker Dock.