Spare a moment of silence and pour a drink out for Nokia. Its name has finally been axed from gracing Lumia smartphones. 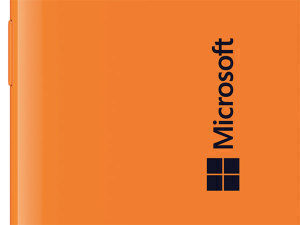 Instead, Microsoft will replace it with, well, ‘Microsoft’, ushering in a new era of Microsoft Lumia phones. Have we said Microsoft enough yet? Microsoft. There.

It’s unclear when the new Nokia-less phones will land, but the name itself isn’t completely dead.

Areas of Nokia that Microsoft’s vast riches didn’t snap up can still use the name, and Microsoft can still choose to label its less powerful ‘feature phones’ with the legendary Finnish brand, for the next ten years.

The name change itself should make veteran gadgeteers a little sad. After all, Nokia was once the king of the phone world, churning out some of the best examples of portable mobile powerhouses ever produced. Remember the mighty N95? *sob*.

Here’s to you Nokia. We’ll launch a 3310 into the sky in your honour. It’ll be fine, obviously.