You are at:Home»News»Lenovo slides into wearable tech with the SW-B100 smartband

It’s no longer a case of who’s getting in on wearable tech but who isn’t – and Lenovo is no longer content to be the latter. 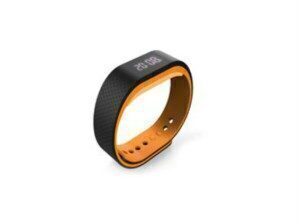 The company’s Smartband SW-B100, which has popped up on the Lenovo website, looks a lot like the Fitbit Flex – a rubbery wristband that presumably syncs data with your smartphone.

With Asus and even Xiaomi making fitness bands, you might wonder what Lenovo is bringing to the table with this one.

The band is available in two colours: blue and orange. As far as compatibility requirements go, it seems to work with Windows (Windows 8 minimum), Android (4.3 and newer only) and iOS (version 7.1 and newer).

It weighs 22g, which is pretty light. Other than that, it doesn’t do much different from the standard fitness tracker – it measures fitness wearables, calories burned, heart rate and steps taken, and apparently also your sleep habits.

As for notifications, you will get the standard ones for texts, calls and calendar appointments. Expect small icons as the screen is too small to display whole mssages – you won’t be reading any emails on this. One particulary cool feature, according to The Verge, is that you can unlock your PC with the wristband.

Pricing is not yet available and Lenovo has yet to make an official announcement regarding the wristband or any other wearable tech it might have. But we’ll update you when we know more.