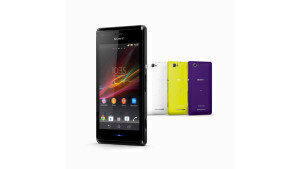 Sony hasn’t been having a very good time of late when it comes to financial reports, posting a substantial loss in the past financial year but they forecast that a cool 50 million smartphones would be sold by the end of March 2015 to make up for it.

But they’ve unfortunately had to cut that prediction, by several million handsets according to a WSJ report. As a result, and coming on the heels of another drop of 7 million phones in the forecast in September this year, there are going to be some changes in Sony’s smartphone sales tactics.

The Wall Street Journal reports that Sony CFO Kenichiro Yoshida has said that the company will be focusing on their high-end smartphones, like the Xperia Z3 and Z3 Compact rather than attempt to make further in-roads into emerging markets with lower-cost handsets. Their cut forecast is being laid at the door of cheaper competition from Chinese smartphone makes.

While this is bad news for those who are looking for a Sony smartphone on a budget, fans of the Xperia powerhouses can rest easy knowing that their device lineup is safe for the moment.

According to the report, Sony will be detailing more of their future plans in the smartphone sphere to investors in November this year so we’ll have a clearer idea of where things are headed then. We’ll keep you posted.