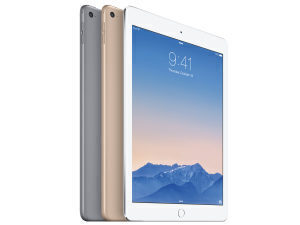 We’ve known it was coming and it’s been happening for a while but Apple have made it officially official at last: as of 1 February all app that are submitted to the company’s App Store will have to support 64-bit processors.

This is something that app developers have known for some time, and since the iPad Air’s 64-bit processor hit the market last year everyone else has at least known that it was coming. But for developers it’s not going to be optional any more, as they will have to make sure that apps “…include 64-bit support and be built with the iOS 8 SDK, included in Xcode 6 or later.”

For users things might be changing but only if you make a point of keeping up with the latest that Apple has to offer on the hardware front. If you’re running any tablet device, like the iPad Air or iPad mini, or mobile Apple kit, from the iPhone 5s and upwards, that features an A7 processor then you’re looking at a speed bump in your app performance from 1 February next year.

If you’re still clinging to your older Apple gear then you’re not going to see much difference in the app ecosystem until you move up to something a bit more recent. Still, it’s nice to know that it’s an option.