HiSense has been a growing presence in South Africa, now claiming the second spot in terms of fridges and TV sets in local homes and they’re going for the upper end of the market with their just-launched addition to their Vision TV lineup. Calling it a “first-of-its-kind” TV, HiSense are bringing a locally-made, Android-powered Smart TV to our shores. 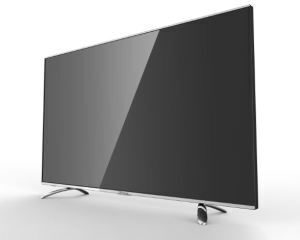 HiSense South Africa General Manager Jerry Lui claims that the Vision TV is “…leaps and bounds ahead of our competitors and any other TV in the market”, adding that “…[w]hat is even more exciting for us, is that the Vision TVs will be produced locally in our factory in Atlantis.”

And he may not be wrong with the leaps and bounds claim. The company says that they’ve optimised the Android OS that will be found in the Vision TV and that the reason for Android is to give users a whole lot of freedom when it comes to installing apps on their TVs.

So, thanks to the included Air Mouse (think Wii Remote), you could be picking up a TV set that is capable of playing Angry Birds, Dungeon Hunter or any number of Android apps in addition to having a 4K resolution as well as voice and gesture control.

We’re hoping to get our hands on one of the new models, which as yet are not even live on HiSense’s local website, soon so look out for a review in the near future.