Eager for hands-on time with the next big PlayStation 4 games, and maybe even a first glance at some unannounced titles? Better book a flight to Vegas, since Sony’s planning a public event of its own. 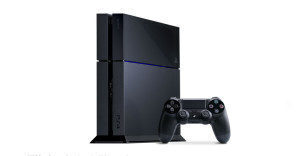 The PlayStation Experience will be a two-day event held in Las Vegas, Nevada in the United States on 6-7 December, and unlike PAX and other expos, Sony won’t need to fight against Microsoft, Nintendo, and others for attention: it’s all about PlayStation.

In a post on the PlayStation.Blog, social media senior manager Sid Shuman says the event will have developer panels, playable demos of upcoming games, meet-and-greet sessions with creators, and “an exclusive first look at what’s coming next in 2015.”

Sony’s own lineup for 2015 will surely be headlined by Uncharted 4: A Thief’s End, and we’re sure that many of the top third-party developers will be on-hand to demo their wares. We should hear much more soon, but PlayStation die-hards might start looking at travel options now.