Twitter has filed a lawsuit against the US government because it wants to be able to share more information with its users about the request for information on them that it receives from government.

The New York Times reported on Tuesday that Twitter is arguing that the restrictions on how much information it can share with users when it receives requests for user data about them violates those same users’ First Amendment Rights. 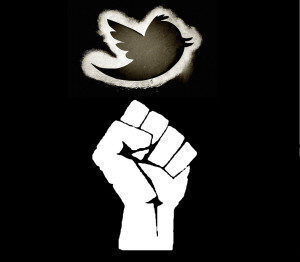 The First Amendment relates to freedom of speech and was adopted in December 1791. It’s the first of ten amendments that make up the Bill of Rights in the US.

Twitter’s Ben Lee, vice president for legal matters at the company, explained the company’s reasoning in a blog post.

“It’s our belief that we are entitled under the First Amendment to respond to our users’ concerns and to the statements of US government officials by providing information about the scope of US government surveillance – including what types of legal process have not been received. We should be free to do this in a meaningful way, rather than in broad, inexact ranges,” he says.

Curiously, even if the number of requests received is zero Twitter isn’t allowed to disclose that fact under the current laws.

“So, today, we have filed a lawsuit in federal court seeking to publish our full Transparency Report, and asking the court to declare these restrictions on our ability to speak about government surveillance as unconstitutional under the First Amendment.”

Lee says Twitter has tried to “achieve the level of transparency our users deserve without litigation, but to no avail”.

In April the company gave a draft Transparency Report US Department of Justice and the FBI, which less said Twitter hoped would “provide meaningful transparency for our users”. But despite months of discussion, Lee says Twitter was “unable to convince them to allow us to publish even a redacted version of the report”.

Companies like Twitter, Google and Facebook are routinely approached by government agencies for information on their users – something we know thanks to the revelations brought to light by former National Security Agency contractor Edward Snowden.

Currently, companies can only reveal how many thousands of requests they’ve received, but little else. Here’s hoping Twitter’s fight attracts the support of its tech peers.