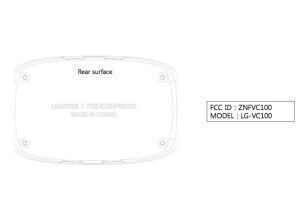 The LG G Watch R still hasn’t landed on shelves, but that hasn’t stopped whispers of a second clever timepiece made by the the South Korean tech giant from circulating online.

G for Games has spotted a set of FCC documents which reveal an elongated LG-VC100LG smartwatch with 3G capabilities, which means that it won’t have to rely on a tethered smartphone for a data connection.

As with the Samsung Gear S, you’ll need a separate data-only SIM card if you want to take advantage of this untethered freedom, which will probably mean having to fork out for a second monthly contract.

We’re not entirely convinced that receiving emails on your wrist while you’re out running without a phone is worth that extra cost, but it could be useful for phone-free navigation we suppose.

There’s no word on pricing or release dates at this early stage, but we do know that it’ll be a little smaller than the curvy Samsung Gear S and will presumably be running Android Wear.