Admit it, you weren’t expecting anything else. Apple, while referring to themselves in the third-person, have confirmed that they’ve set a record with the first 24-hour pre-orders of the iPhone 6 and iPhone 6 Plus. The demand for Apple’s new hardware has translated into orders for more than 4 million devices in just over a day – not too shabby at all. 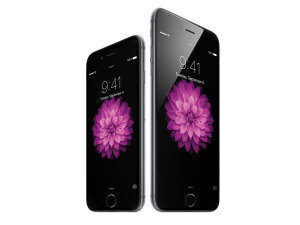 Apple says that “…demand for the new iPhones exceeds the initial pre-order supply” and that some overseas users will only be receiving their handsets come October this year as opposed to this month.

Apple CEO Tim Cook said in the statement announcing the pre-order sales numbers that “Pre-orders for iPhone 6 and iPhone 6 Plus set a new record for Apple, and we can’t wait to get our best iPhones yet into the hands of customers starting this Friday.”

Of course, that only applies if you’re one of the lucky folks in the initial rollout countries. We’re going to have a bit of a wait before caressing some new Apple smartphones.

The next milestone for the company? Beating their previous opening weekend totals. The 4 million pre-orders have put them at about the half-way mark and Apple’s press statement makes it clear that they’re expecting a pretty big retail weekend to come.

Source: Apple via The Verge