Samsung hopes to jump-start consumer-level virtual reality with the Gear VR, which uses the Galaxy Note 4 for its display and guts – and now we know how much that will set users back. 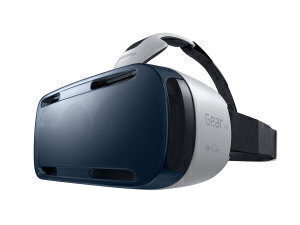 According to VentureBeat, a Samsung representative has pinned the launch price for the Gear VR at $199 (about R2,200). However, that’s just the price for the headset shell itself, which is effectively useless without Samsung’s phablet to power the experience.

The Galaxy Note 4 is rumoured to sell for as much as $799 (R8,800) off-contract, although you’ll be able to get it for much less with a new carrier contract.

Still, the prospect of paying several thousand Rand for a mobile VR experience might scare off some potential early adopters. Oculus, which provided tech for the Gear VR, has said that its own PC-based Rift headset should sell for somewhere between $200-400 when finished, and you’re not bound to buying a single device to use it.

We wouldn’t be surprised to see Samsung quickly bundle the Note 4 and Gear VR to help get the headset into homes, however, so don’t get too testy about the total projected tab just yet. Expect to hear much more on this subject soon, as the Note 4 is reportedly set to launch early next month.