The Apple iWatch is dead – long live the Apple Watch! Apple’s “one more thing” at its special launch event turned out to be its first piece of wearable technology – and it’s quite the stunner.

So without further ado, here are the main things you need to know about the Apple Watch.

1. There are three Apple Watches, not just one 2. It requires an iPhone

This should come as no great surprise, but the Apple Watch will act as a companion device only to Apple products. At launch, that’ll be the iPhone 5, iPhone 5c, iPhone 5s, iPhone 6 and iPhone 6 Plus. No iPads. They’ll connect via Bluetooth 4.0 (there’s Wi-Fi on board, too).

3. The screen is sapphire – and super-sensitive

The iPhone 6 may not have got the supremely tough and scratch-resistant sapphire crystal glass screen we’d been hoping for, but the Watch did. It’s a touchscreen with a difference: it can detect force as well as mere touch. That means you can tap to select something, or press harder for what Apple calls “Force Touch” – it’s a bit like the right button on a mouse and will be used to quickly access certain functions, depending on the context.

4. But the touchscreen isn’t the only means of control Apple ranks the Watch’s “Digital Crown” as as big a breakthrough as previous innovations like the iPod’s Click Wheel and the iPhone’s Multi Touch interface. You can twist the Crown to zoom in and out of the screen, or press it down to quickly access Siri.

When the Apple Watch gets a notification, it’ll vibrate to alert you. You can then raise your wrist to turn on the screen and view the notification (that saves battery life). There’s also haptics to aid input feedback – that’s a first for an Apple device, we believe.

Well, what did you expect? You can reply to messages via dictation, or via an animated emoji, or via an automatically generated response. For the latter, the Watch will give you options based on the content of the message.

You can also use it like a walkie-talkie to chat to other Watch wearers nearby (yes, that is pretty cool). Oh, and you can send your Watch-owning friends little drawings you’ve made on the screen, as well as something very unusual: a “recording” of your heartbeat which they’ll feel thanks to the Watch’s vibrations. Which brings us nicely onto our next point…

7. It’s got sensors to keep you healthy There’s an accelerometer inside and a heartbeat monitor on the back of the Apple Watch, and it’ll draw GPS data from your iPhone. All that goes towards making the Watch Apple’s new fitness tracker. Tim Cook says it’s designed to work as an all-day tracker, and there are two new apps to go with it: Fitness and Workout. You’ll be fed nudges to stand up every so often, and you’ll be able to track distance, calories burned and the duration of your workout.

8. There are lots of apps coming

Among the apps shown at the launch were Twitter, Pinterest, Maps, Nike, a music player (yay, Coldplay!), photos (the Watch can also act as your iPhone camera’s viewfinder) and airline notifications. You’ll also be able to use it to check out your electric BMW’s battery life or wave it in front of a hotel room door to unlock it. Oh, and it works with Apple Pay.

Obviously, we’ll have to wait until more developers get their hands on the SDK before we see what’s really possible.

9. It’s a watershed moment for wearables

The last time Apple unveiled a wholly new type of product was the iPad launch back in 2010. And we all know how that turned out: suddenly, tablets went from being tech’s white elephant to things that people wanted to own. This announcement is, make no mistake, A Big Deal for wearable technology of all kinds – not just the Apple Watch itself.

10. The battery life is a mystery 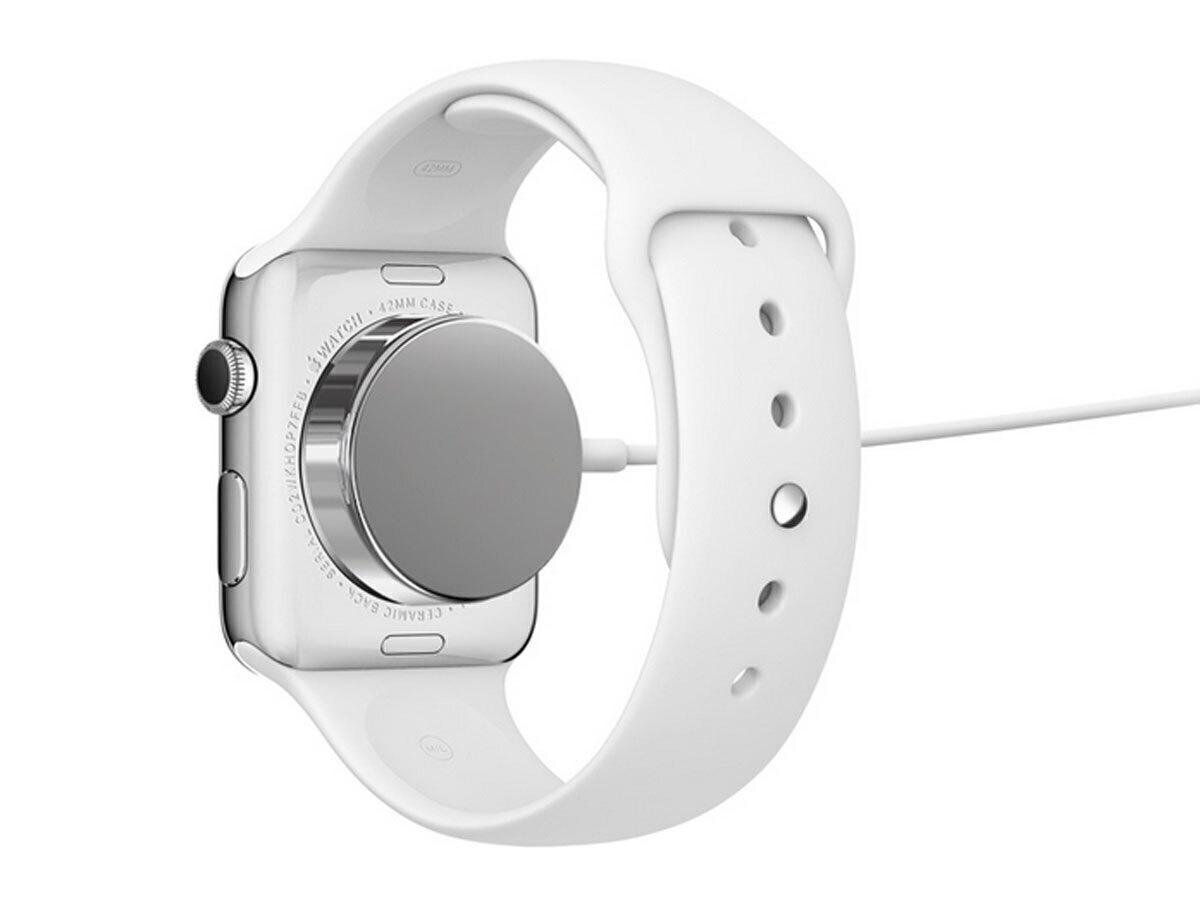 Interestingly, Apple didn’t mention battery life once during its presentation, which suggests they might still be working to improve it. It’s probably not the best sign, to be honest, because if it was super-long they definitely would have bigged it up something rotten. We do know that it’ll charge wirelessly via a pretty nifty MagSafe cable, but will you have to use that cable once a week – or once a day? We just don’t know.

Availability remains almost as much of an enigma, but Apple says the Watch will be on sale from early next year starting at $349 (R3,850). SA pricing, or even availability is yet to be confirmed.