You are at:Home»News»Intel’s curved glass smartwatch will be for fashionistas 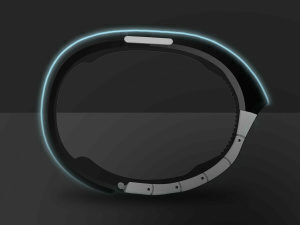 No self-respecting tech brand is without a smartwatch these days – and now Intel is set to join the fray.

But it’s doing things a little differently; it’s teamed up with fashion house Opening Ceremony and luxury retailer Barneys New York for a fashion-focused smart band, that could launch in time for New York Fashion Week in September.

Described as a “more premium, high-end product meant for a niche type of consumer,” the smartwatch will be targeted towards women and will be the first in a series of tie-ups between Intel and fashion brands over the next six months.

Details are scarce on the device’s functions, but it’ll likely sport the usual array of health-tracking features and notifications; according to Business Insider‘s sources, it’ll also feature a curved display.

CNET reports that the device will likely be unveiled in the next month; expect to see it either at New York Fashion Week, which kicks off on 4 September, or at Intel’s own Developer Forum taking place from 9-11 September. Watch this space for more updates on the supposed wearable.