There’s a new kid on the South African start-up scene that hopes to revolutionise the courier industry using similar principles to those that have made Uber such an enormous success both locally and internationally.

Founded by Simon Hartley and Roy Borole, WumDrop grew out of another business idea the pair had for delivering nappies. “My cofounder and I were at university together and had always wanted to start a business. We were both good at selling things, but had no rent for a physical shop, so we thought we’d look at something in the e-commerce space,” Harley tells Stuff.

“We asked ourselves, ‘what can we sell that won’t fail?’” he explains. “People seem to be having babies all the time, so we went with nappy deliveries. We called that business WumWum. It took us about half an hour to realise our customers wouldn’t buy from us if the delivery experience was terrible, because they’d be shopping with us for convenience.”

At first the pair planned to buy their own vehicles and then “get cheerleaders from the University of Cape Town who smell like talcum powder to deliver”. But buying and managing a fleet of vehicles is expensive and risky.

“We then found out about the Uber model, which is a private car service that operates on a revenue split between drivers and Uber, where Uber doesn’t own the vehicles, but provides the technology that connects passengers and drivers.”

Hartley says he and his partner soon realised that they could set their sights higher than mere nappies, and could instead deliver all sorts of goods. 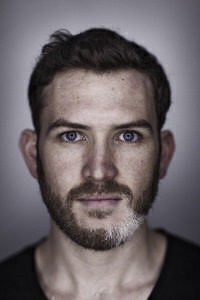 The pair initially bootstrapped WumDrop with their own cash but have since secured seed capital from a range of professional and private investors, including well-known local investor, Justin Stanford.

According to Hartley the company now has R500 000 in funding and is currently closing a round of seed investment that will double that. “That will take us through to June next year with zero revenue,” he says. “But we expect to generate revenue as early as next week.”

A closed beta testing phase has recently wrapped up and the consumer application for Android devices and desktop will go live next week. Thereafter the company is also looking at developing for Apple’s iOS, as well as creating a mobile site.

Hartley says WumDrop is also looking at integrating with various e-commerce vendors who will be able to offer WumDrop as a delivery option at checkout and at retail-on-demand services of the sort Uber is trialling in the US with its Corner Store service. Some of the e-commerce services testing WumDrop include a Naspers-owned company and Rocket Internet.

Thereafter, Hartley says the company intends rolling out the other South African cities, followed by other African countries. “In terms of financial projections, our main cost is development. After the first few iterations of the service those plateau. To this end, we’ve on-boarded our tech team and made them part of the company, so the cost to roll out in new regions would be limited to sales, marketing and driver training,” Hartley explains. The company hopes to offer the service in Johannesburg before April of next year and wants to enter other African markets before the end of 2015.

Currently WumDrop has 20 drivers in Cape Town having formed a partnership with tuk tuk business, Monarch Tuksi Company. “We’ve worked closely with them to train their drivers, which has also taught us how to train people.”

Another option the company is exploring is approaching courier companies to utilise their unused capacity, but Hartley says that also means ensuring the customer service provided by existing couriers meets WumDrop’s standards.

WumDrop is also recruiting heavily on Western Cape campuses because students are always looking for work and are able to work irregular hours.

All drivers and vehicles are vetted before they are added to the service, including criminal record checks, ensuring vehicles are licensed and insured, and prospective drivers have to conduct trial deliveries and customer service tests before they can deliver to actual clients.