The LG G3 is our current pick for the best smartphone in the world, but for those who want some of LG’s latest flagship features without paying flagship prices, the L Series handsets might do the trick. 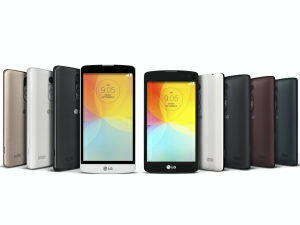 According to the company, the L Fino and L Bello handsets are targeted at younger users, first-time smartphone buyers, and emerging markets, and while they’re limited to 3G connectivity and don’t have higher-end hardware, both keep some of the perks of their flagship siblings.

The L Bello is the slightly more robust of the two, with a 5in IPS display running at 854×480, with a quad-core 1.3Ghz processor and 1GB RAM, plus 8GB of internal storage. It’s running Android 4.4.2 KitKat and has an 8MP auto-focus back camera, with a 1MP self-shooter and a 2,540mAh battery.

Meanwhile, the L Fino weighs in with a 4.5in IPS display at 800×480, with the quad-core processor hitting 1.2Ghz alongside 1GB RAM and 4GB of storage. It also runs 4.4.2 KitKat and has an 8MP main camera with a VGA camera up front, plus a smaller 1,900mAh battery.

Despite their differences, both offer a rear key plus Knock Code security functionality, as well as the optional QuickCircle Case that leaves a small window of the screen visible for some functionality. Both also have Gesture Shot, Touch & Shoot, and Front Camera Light photography features available.

What we don’t have as of now are price points for either phone or SA availability details. LG says that the L Series will kick off in Latin America this month before reaching Europe and parts beyond sometime thereafter, and they’ll be shown at IFA in Berlin in a couple short weeks.