We all know that Sony’s RX100 lineup of compact shooters has just recently had another member added to the family but that’s no reason why we can’t look in on the older (and wiser) sibling for a bit. The RX100 III, with all of its attendant updates to video recording and the revamped processor, taken from the A77 II, is all good and well but there’s still a lot to be said for the RX100 II.

If you’re looking at getting your hands on the RX100 II from Sony then you probably have two things in mind: image quality and size, specifically having as much of the first as possible with the least amount of the second. We can understand that. That’s why, in order to put the RX 100 through its paces, we first took it for a walk stuffed into a pair of jeans and then sent it out onto a kart-racing track to see how it performs with a little high-speed photography. Here are the results:

They say that size matters (stop sniggering) and in this case it does. Sony’s RX100 II is a whole lot smaller than you’d expect from a point-and-shoot 20MP, especially when you consider just how long the concealed lens barrel is and the fact that Sony have also included an adjustable LCD display at the rear of the camera.

Powered down, the RX100 II measures just 39mm at its thickest point. This point would be the lens, with much of the plastic, metal and glass body measuring just 26mm. Translation: It’s extremely easy to slip it into a hip pocket and take a lengthy walk without having the camera become an inconvenience.

Touch the correct button, the on/off one in this case, and the lens almost doubles the width of this camera. No, really, stop giggling because it’s time to examine is the RX100 II’s performance. 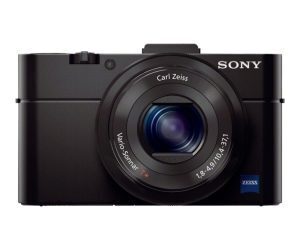 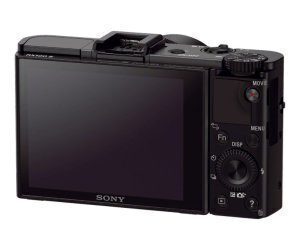 Before getting the RX100 II to get that perfect shot, you first need to set everything up to your satisfaction. This is done either by making use of Sony’s inventive space saving controls, which co-opts a small amount of space on the rear of the camera into a whole collection of software-based knobs and dials, or just setting the mode-select wheel to something we like to call Newbie Mode.

This mode, which is just a standard Auto, makes all of the important decisions for you based on lighting, movement, background and light sources as well as the subject. It’s not going to be as effective as a full suite of manual controls in the hands of an expert but for quick-and-dirty shots that still actually look good, Newbie Mode is impressively impressive.

The RX100 II doesn’t screw around when it comes to images. As can be seen from the snaps below, it performs well in higher-peed conditions. The shots of the cars in motion were all taken on the main straight of the Kyalami Kart Racing Circuit, where the karts were all hitting between 50 and 60km per hour. There’s no really noticeable blur when the subject is in motion and the autofocus was actually picking up driver heads as they were flying past. And, with other tests in low lighting conditions, the RX100 II performs just as well. In order to really take advantage of the low light performance though, we were forced to discard the Newbie Mode and actually delve into the settings to bring out the best in this camera. 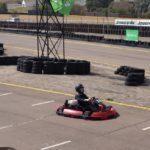 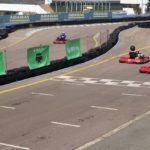 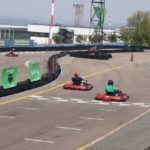 The RX100 II has already been outclassed by the next camera in the series but taken on its own, it’s still a fantastic piece of hardware. It’s small enough to take anywhere, as long as you have a pocket handy, features optical zoom and a very intelligent Auto mode and also boasts enough settings to make expert users happy. It provides excellent shots, whether you know your F-stops or are just clicking at something that’s supposed to do the work for you.