Time at the Stuff offices isn’t all about deadlines and stress and panic and joy and elation that we’re getting our hands on the newest microchip-sporting piece of hardware. Very occasionally they let us out to do something really fun – not that we’re not constantly having fun, it’s just that sometimes we wind up doing entertaining things in direct sunlight.

Things like the Microsoft Xbox One media pre-launch event, which took place earlier today at the Kyalami Kart Racing Circuit. A small selection of South African gaming media, including Stuff because we’re awesome that way, were invited by Xbox South Africa to take part in an hour-long endurance race to celebrate the upcoming launch of the Xbox One.

What followed was predictable – comparisons to the Forza racing series, loads of video game terms and jokes about the blue shell from Mario Kart being thrown around and a surprisingly competitive spirit pitching up. Stuff endured one catastrophic brake failure which we still maintain cost us the podium finish but it was all worth it. 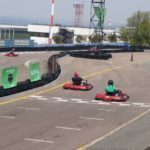 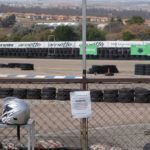 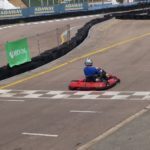 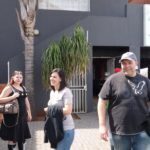 At the end of it all, everyone present was given access to a loan console and a selection of the launch titles ahead of the official 23 September South African launch. Keep your eyes peeled, as we’re going to have reviews for the Xbox One console as well as the launch games posted to Stuff soon, which was the point of this whole endeavour – no matter how entertaining it actually turned out to be.