Local mobile operator MTN has finally launched 4G/LTE-enabled Sim cards for its prepaid customers. Though the network has supported 4G/LTE – the fourth-generation, high-speed mobile data service that uses long-term evolution technology and succeeds 3G – since late 2012, MTN has to date only made it available to its contract subscribers. 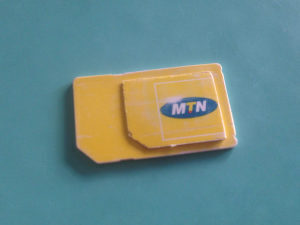 Rival Vodacom, meanwhile, has offered 4G/LTE services (generally referred to as 4G, even though some pedants would argue that’s technically inaccurate) to its prepaid customers since March last year, having also originally launched the service in late 2012.

MTN subscribers wanting to take advantage of the new service will need an LTE-enabled (128k) Sim card. This they can get from any MTN outlet or from a number of retailers.

“The new MTN PayAsYouGo LTE Sim cards are available from any MTN-branded stores, including participating retail outlets. Existing prepaid customers wanting to perform Sim swaps to the new LTE (128k) will also be able to do so,” Annetts says.

Annets says the network has already rolled out LTE networks to parts of Gauteng, the Free State, KwaZulu Natal, and the Western, Central, and Eastern Cape and that more sites will be added throughout the year to the existing 790 sites currently active.