In a move the mobile operator is billing as aimed at getting more South African’s online affordably, Vodacom has unveiled its first branded handset, the Vodacom Smart Kicka. Priced at a R549 and bundled with 250MB of data, the device brings additional competition to the low-end handset market where feature phones have traditionally reigned supreme.

This comes just weeks after Microsoft announced that it was killing off the feature phone line of Nokia, its recent acquisition, over the next 18 months, a move that could leave a sizeable gap at the bottom end of the market for the likes of Vodacom’s Smart Kicka to fill. 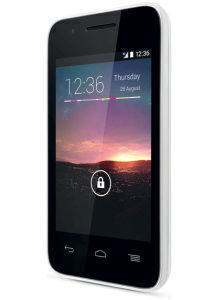 It’s a smart move from Vodafone’s African offspring. Revenue from voice services is plummeting for all local operators, prompting each to try and boost data volumes and – potentially, in future – sell value-added services like content to data users. But first, the operators have to get people using data.

According to Vodacom, just over half (52%) of its 32.5 million South African customers now use data. That leaves lots of room for growth.

Phil Patel, Vodacom’s chief commercial officer, says only 27% of people living in South Africa have access to smart devices, a figure Vodacom aims to double in the next year.

The Vodacom Smart Kicka runs Android version 4.4 (KitKat), includes 4GB of memory (expandable by up to 32GB via a microSD slot), a 1GHz dual-core processor, a 3.5-inch HVGA touch screen and a 2MP camera. The bundled data included with the device takes the form of five of Vodacom’s 50MB Power Bundles.

“By including Power Bundles we’re making it easy for first time internet users to experience the web – whether it’s downloading music or catching up with friends on Facebook,” Patel says.

“Our strategy is to provide customers, particularly those on tight budgets, with exactly what they need, when they need it, and at a price they can afford. Much has been said about bringing down prices for those consuming large amounts of voice and data, but this bundle strategy is the key to driving internet penetration for all South Africans.”

For years pundits have told us that sub-$100 smartphones are only a matter a time. It seems that time has arrived. It won’t be long until Vodacom’s rivals introduce similar devices, but for now the operator in red has taken the lead.

The Smart Kicka is an excellent device for those who would otherwise be purchasing feature phones, the only thing it lacks is the battery life of a feature phone (its 1 400mAh battery won’t get you much more than a day’s use), but then, isn’t that always the complaint about all smartphones?

Below, Aki Anastasiou chats to Phil Patel about the Vodacom Smart Kicka: