There are now dozens of cryptocurrencies vying for tech-savvy consumers’ attention, but the most (in)famous and popular remains Bitcoin. One of the questions people, especially in South Africa, often ask about Bitcoin is what they can spend it on. Now, thanks to a partnership between payment gateway PayFast and local Bitcoin exchange, BitX, the answer is just about anything.

PayFast processes transactions between online buyers and sellers, allowing individuals, charities or businesses to accept payment in various forms – like credit cards or EFTs. Buyers don’t pay anything to use the service, while sellers pay a small percentage fee for every successful transaction. 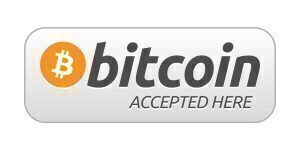 BitX, meanwhile, began as a South African Bitcoin online wallet and exchange, but has since expanded its offering to include merchant services.

The partnership between the two means any seller using PayFast can opt to add Bitcoin as an accepted means of payment. Buyers will still see prices in rand, but can choose to pay in Bitcoin at an exchange rate set by BitX. This means sellers are guaranteed the going rate for the transaction, which alleviates one of the key concerns many merchants have about Bitcoin: its volatility.

Though the move does little to promote the adoption or use of Bitcoin by South African consumers, it does increase the use of the cryptocurrency for locals who do use it and can only bolster awareness about it. Moreover, it means South African sellers can accept payment from international buyers and receive it in local currency.

PayFast charges a fee of 1.9% per transaction for Bitcoin transactions, which is a little steep given one of the virtues of Bitcoin is the minimal friction and costs associated with transferring it from one person to another, but given merchant fees on card purchases are often even higher, and considering no other company is offering such comprehensive support for the currency, this isn’t really worth moaning about.

It’s unclear how the South African government, and South African Revenue Services in particular, will legislate Bitcoin and transactions in it, but at least moves like this will force it to take the burgeoning cryptocurrency seriously, especially if uptake picks up. In the meantime, South African online businesses have a potential new revenue stream and greater international reach than they may have had before.