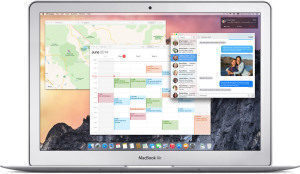 Apple users that have been looking forward to the latest iteration of OS X, namely OS X Yosemite, should be happy to hear that Apple will start handing out beta invites today to users to help test the operating system before its release.

According to Engadget only a million users will get the invite, so if you’re interested you should probably sign up (link) as soon as you can. Think of it as a lottery of sorts, only there are a whole lot more winners than is usual on a Saturday night.

The beta will go live at approximately 19:00 tonight so there’s still time to be on the OS X front lines. Those who have already signed up will be notified when and if they have access to the beta.

Source: Engadget via The Next Web