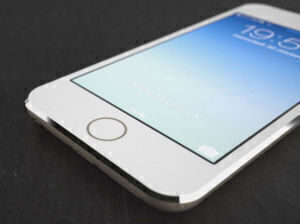 Rumours of a larger iPhone issuing forth from Apple just won’t die, as yet another source is claiming that Cupertino is making a move to give the world a bigger iOS handset.

According to the Wall Street Journal, Apple users have something to look forward to when the iPhone 6 is announced, namely bigger screens. This move supposedly comes from Apple going toe-to-toe with the big Android smartphone manufacturers that have been pushing out bigger screens for some time now.

Best of all, it’s no small amount of larger screens that Apple wants. The WSJ goes on to report that Apple has given the order for 70 to 80 million displays, which will either be 4.7 or 5.5 inches, to be delivered at the end of the year, which lends a lot of credence to the rumours of the iPhone 6’s bigger screen that have been making the rounds for months.

Before we get too excited though, rumours of a larger device have been around long enough for something concrete to have materialised by now so don’t feel let down if 2014 isn’t the year of the big Apple iPhone.