What is this I see before me? It’s not pointy enough to be a dagger and it’s only covered in blood if something has gone horribly wrong while inserting the SIM card. It’s a bit curvy and a bit bendy though, it must be LG’s G Flex curved smartphone. 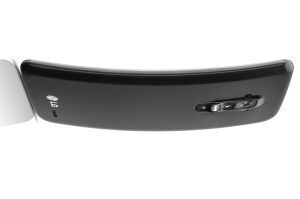 So what do we have? The G Flex bears a striking resemblance to LG’s G2, though the curved P-OLED (plastic or polymer, depending on who you ask) display has warped matters a bit. The design for the two smartphones are almost identical, featuring the same rear button configuration, though the G Flex has a few extra bits like an additional speaker vent at the rear. And LG’s curved device is a lot larger than the G2, verging on the phablet form factor with its 6-inch panel. Put the G Flex on top of the G2 and the G2 just plain vanishes from sight. 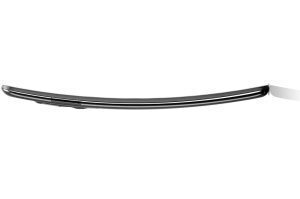 In terms of hardware though, the G2 is still LG’s top dog. The G Flex has the same processor and RAM setup as its flatter cousin, namely the Snapdragon 800 from Qualcomm and a 2GB system memory allocation. The G Flex’s standard storage is 32GB, around 24GB of which is available out of the box. Where it stumbles against the G2 is the display. Sure it’s curved and large and pretty but it’s also a 720p screen compared to the 1080p screen the G2 is packing – something that is instantly noticeable if you’ve used LG’s flagship.

Performance between the two devices is roughly comparable, which isn’t a surprise considering the internal similarities. For most intents and purposes the G2 and the G Flex are the same phone – the only real distinguishing feature is the display.

Which is the thing that we’ve only really mentioned in passing so far. The display is noticeably curved, though this doesn’t seem to have much of an impact on app use. It certainly make putting this monster phone to the side of your face a tad more comfortable so the design choice is a bit of a winner there. There doesn’t seem to be any other use to the curve, though it makes carrying the phone in your back pocket uncomfortable until you sit on it.

The curve is not really permanent though, you can bend it straight if you like. It takes quite a bit of force to do so and the G Flex is designed to flex, hence the name, so it can take it. This is so the curved profile doesn’t turn into a liability that ends with a broken phone. Shame it isn’t more useful yet.

As to the other features, the G2 and G Flex share camera specifications front and back though the G Flex has the larger battery, to compensate for the increased screen acreage (3,500mAh vs. 3,000mAh).

We can’t see a whole lot of difference between the G Flex and the G2, aside from the obvious changes in form factor. If you’re after something that has a bit of conversation value and you don’t already own a G2, the G Flex could make for an interesting purchase.  If you already have a G2 or something else that uses Snapdragon’s 800 processor though, you’re not going to be missing out on much at all. It’s not a bad phone, we are just having trouble seeing the point.