Have you ever wanted to visit South Park? Perhaps rummage through their drawers and fridges, poking around in their cupboards and looking for interesting articles of the quiet little mountain town’s long and storied history? Your time has come. 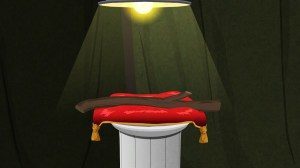 Historically, South Park games have tended to be absolutely awful attempts at recreating the world spawned from the minds of Trey Parker and Matt Stone but South Park: The Stick of Truth is completely different to those abysmal efforts. For one, it has been written and voiced by the creators and the tale of the Stick had at its disposal the assets that are used to make the animated South Park series.

So it looks and sound authentic. So authentic in fact that you’ll often forget that you’re playing a game at all. Instead, you might as well be watching a 12-hour episode of the TV show. With a whole lot more interactivity thrown in. And since the scenarios players are presented with actually feel like they belong in the South Park universe, it’s a bit like doing a whole season of the animated series in one or two sittings (Stuff finished the game in two mini-marathon sessions). As far as the plot goes, we’re not planning on spoiling much. Players are taking on the role of the new kid in town, a kid who has a secret that will come into play before the end of the game. On arriving in town and moving in, the New Kid is dispatched outside to make friends, where players will encounter the South Park regulars engaged in a game that has two factions, the humans (led by Eric Cartman) and the Drow Elves (led by Kyle Broflovski) vying for control over the Stick of Truth. If you’ve seen the Return of the Lord of the Rings to the Two Towers episode of South Park you’ll have some idea of how the kids are role-playing but, as usual, nothing is ever as simple as it first appears.

There are also Perks available, which can change the way that players conduct themselves in combat. If you’re keen on dealing more damage as you take damage, there are options for that, plus Perks that emphasise Effects like Bleeding, Gross Out or Fire damage. Perks are not just given out willy-nilly, they are earned by making friends with the residents of the town. Some will add you to the ‘Facebook’ menu interface without any qualms, others will require a completed quest or a certain number of friends on your list before they will give you the time of day.

All together, the system that has been used for The Stick of Truth is nigh-perfect. The combat, items, settings and voice acting all feed into the  sense that this is the authentic deal and while we’re used to rating graphics on their closeness to realism, in this instance we have to give major points to the developers for getting the look just right.

Everywhere players look, there are references to past episodes of South Park. Junk items, scenery, equippable gear and random happenings all point back to the series, especially the Chinpokomon collectibles that are scattered around town. Throughout there is the humour that the series is known for, which at times will have player’s jaws on the floor when they try and figure out how they got some of this stuff past the ratings boards around the world. That aside, South Park: The Stick of Truth is a game that should have been made ages ago. But it is here not, following some trials and it’s as funny as Cartman on a (very) good and malicious day for just about the entire length. If you’re any kind of South Park fan, you owe it to yourself to play. If you find the series offensive, stay as far away as you can. If you can.