Covered at the event were aspects of the single player game, the extensive co-op experience and then the Spies versus Mercs multiplayer mode.

Single player will see gamers stepping into the shoes of Sam Fisher, as usual, but there are a few differences to the game this time around. Outside of gameplay, players will work from a single hub area. From here missions can be selected, out of sequence in some cases, and then players travel to the hotspots on the world map where the action is taking place. There seem to be at least 14 locations and there are apparently in excess of twelve hours of gameplay available. Players can also customise Sam and his abilities in the hub area, spending points and money earned during play on upgrades and gear.

The earned points come in during player, where there are three distinct approaches available. The Ghost entails players sneaking undetected through an area, eliminating opposition using non-lethal methods like takedowns and stun guns. The Panther also involves staying undetected but lethal force is an option. Then there is the Assault mode, which is exactly what it says on the tin. Lethal and loud tactics are the norm here. Players earn points in each style depending on how they play and these points unlock kit that can be used to support those play styles.

There are an additional ten hours of co-op play, in split screen, featuring Sam Fisher and a variety of secondary characters and mission types. These missions focus on co-operation, almost in an Army of Two style, and all extend the story missions for the single player campaign. Entry into these missions is done from the same hub map that players use to access the single player content.

Spies versus Mercs features two viewpoints: spies will see the game in a third person view while the mercs will have a first person view. Each faction has three classes designed to work in concert to eliminate the opposing team and very distinctive play styles. As expected, the spies favour the shadows and have optical camouflage and drones at their disposal. The mercs prefer well-lit areas and count body armour and tech disruption among their advantages. 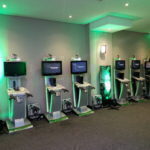 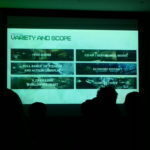 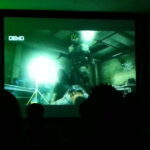 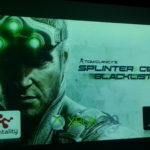 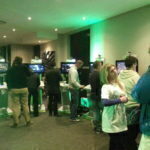 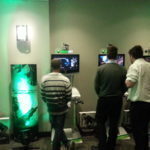 How all of the above works in practise was something that Stuff was able to put to the test, at least as it applies to the single player game.

Stuff got to play the introductory sections of Splinter Cell: Blacklist, skipping over the story cutscenes in the interests of remaining spoiler free. The story does involve a threat in the form of a blacklist which is being distributed to various nefarious characters however.

At the event, the small displays used and the fact that the game was still relatively early code meant that the game’s visuals didn’t always show to their best advantage. That said, there were sections of the game which featured some gorgeous, if slightly war-torn, settings.

The gameplay, the meat and potatoes of the Splinter Cell series, may just satisfy almost everyone. We got a chance to try out the three play styles, from Ghost to Assault. Ghost is the purist’s game, where stealth is paramount. Assault, a play style that gamers will easily slip into if they’re a horrible Ghost, turns Blacklist into a cover-based shooter. It’s almost as if they’re two different games. Panther is a balance between the two and is perhaps the best suited for experiencing the storyline.

Controls have been refined for Blacklist and using gadgets is a dream. There are also multiple approaches to every situation, thanks to the game styles, and players have the opportunity to get a little creative with what the developers have provided in the environment.

Splinter Cell: Blacklist releases on 23 August in South Africa and Stuff will be reserving further opinion until then. For now, colour us optimistic. Blacklist, from what has been seen and played so far, has the potential to be the best game that the series has seen. It all depends on how the rest of it plays out.