Stuff got a chance to play with Sony’s newest high-end smartphone, the Xperia Z Ultra, at Vodacom World in Midrand earlier today. Sony had two prototypes available, one that was unable to turn on, for excited members of the tech media to manhandle.

The first impression that that handset gives is that it is massive. With a 6.4-inch display the impression is understandable but picking up the phone is a little surprising. In spite of looking like an apprentice tablet, the Xperia Z Ultra is as light as most standard smartphones thanks to its 6.5mm profile.

Sony explained that the Xperia Z Ultra is the first handset to feature the quad-core Snapdragon 800 2.2 GHz processor from Qualcomm but, given how thin the device is, it’s hard to see where they put it. There is nary a bulge anywhere on the handset’s back or front, just a few minor bumps where the power button and volume rockers live on the side of the device. The Snapdragon 800 is capable of decoding a 4K video stream, according to Sony, and we’re inclined to believe them on that score.

The Xperia Z Ultra is fast. Very fast. Gauging its speed was difficult in the short time we had our hands on the smartphone but that’s because there was no lag anywhere at all. Not in Sony’s UI, not in a range of stock Android apps, not while swapping through some of the high-quality photos that the handset produces. It’d take a benchmark, gaming session or high-definition video stream to really put the Xperia Z Ultra to the test, none of which were available today, but we can’t wait to throw all of those at the production version of the handset to see how much it can really handle.

Another feature that we couldn’t test on the prototype of the Xperia Z Ultra was the waterproofing. Sony neglected to provide a bucket of water and they were watching too closely for us to sneak it off to a restroom. The waterproofing capabilities have been improved for the Ultra however and the addition of a magnetic charging dock to the package only helps this by leaving fewer gaps for water to penetrate.

It is slightly unnerving poking a smartphone display with a ballpoint pen and seeing a reaction but that’s what the Ultra prototype provided. It seems to work equally well with a pencil and most stylus pens should also function on the 6.4-inch display. This is intentional on Sony’s part rather than being a novelty that we noted while prodding the device.

Long story short, Sony’s Xperia Z Ultra is looking mighty fine. Even holding the phablet-sized handset to one’s head doesn’t feel quite as strange as other similarly-sized handsets do, something we’re attributing to the low weight. It has speed, looks, a decent camera… almost everything you could wish for. It almost seems too good to be true. Once Stuff has its hands on the production model, we’ll see whether this is the case. 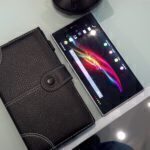 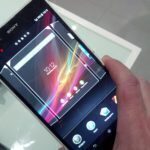 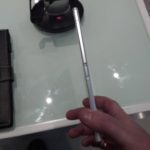 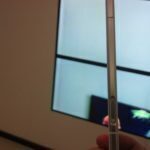 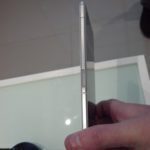